Society has been guided, willingly or otherwise, by leaders and extremists that have turned our nightmares into playgrounds of misinformation and superstition, and entwined survival and politics. This is sadly reminiscent of events in the Dark and Middle Ages, where then, at least, one can argue that they did not have the knowledge, nor the scientific understanding, that we have in this new and current century. Whether it can be contextualized as a mirror or a foreshadowing of the present moment, riots were rampant, attacks on government buildings and attempted coups the norm, and even grander class disparities; uniting these separate historical experiences is the collective inaction of the everyday person.

CAMP founder (and curator of our recent Spring/Break Art Show booth) Melanie Prapopoulos leaned into the concept of Heresay:Heresy to create a contemporary version of an ages-old trope: the wizard's lair. Instead of hosting a vision of an elder seer with prophecies at the ready, The CAMP's Wizard's Room questioned the reality of our human creation and fused the perspectives of artists Dominik Schmitt, Aurora Molina, Leslie Sheryll, Tracy Nicholls, and photographers Michael Garlington and Natalia Bertotti in hopes of attaining some answers.

Lucky for us, she also asked them directly! 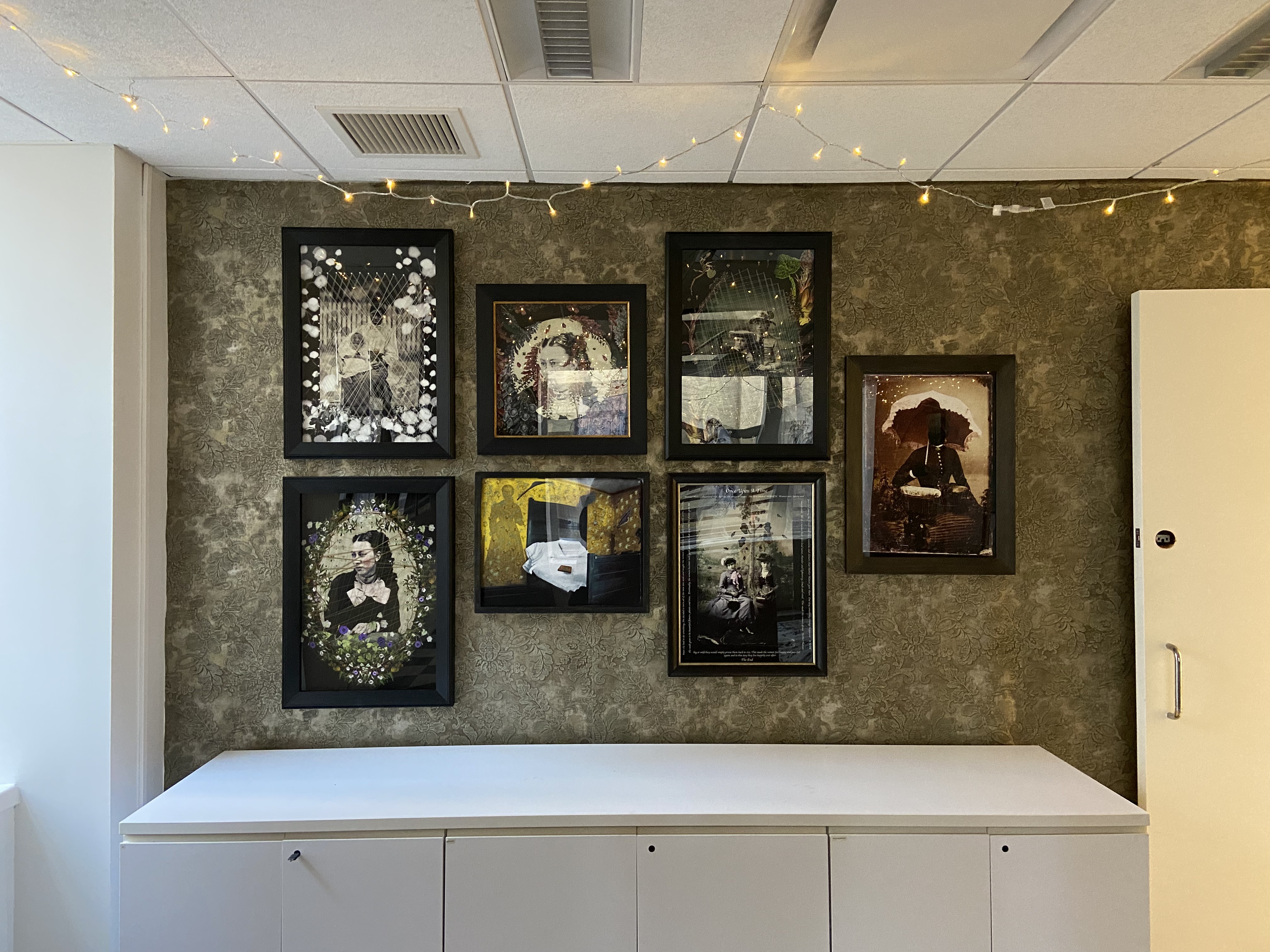 Looking back at 2020—how did you feel? Was the sudden arrival of the pandemic out of this world for you?

Leslie Sheryll: When the pandemic first hit it seems we were living in an Orwellian novel. How can this be happening? I remember the first walk I took down my own block. The couple coming towards me moved out of the way to avoid me. It was startling. I was the cause of their fears. Was I this new plague?

Tracy Nicholls: It was definitely surreal. I remember the very early days as the news was coming out of China. We could not believe it would come here, that it was the usual media scaremongering. As Wuhan went into full lockdown, how that could never work here – people just wouldn’t follow such rules… The growing fear as people avoided each other and began to stay away and did in the most part stay home and follow the rules when eventually the lockdown was put in place. That time was one of reassessing what was important and making changes. In my garden and studio you could forget what was going on for a few hours before hearing about the horrors my friends were dealing with working at the local hospital which brought it all very close to home.

Looking at American, and world politics, what surprised you the most?

TN: How different countries dealt with what was happening and either acted on or ignored the information available. We watched the news coming from Italy and the impact their outbreak was having and yet here it was played down and scientist warnings ignored. Even after our Prime Minister was admitted to the ICU actions still weren’t taken to prevent the spread. The scientists were put on the news conferences to educate and reassure us and yet continued to be blatantly ignored. It is incomprehensible that as an island our borders were not shut or even properly monitored to contain and stop the continual spread and the new mutations we are now seeing. In the beginning there was an opportunity to minimise the spread and save lives but as time went on we saw a number of politicians disregarding the rules they put in place, lockdown rules were not enforced and any hope of control was lost. All the while we watched countries such as New Zealand show how it was possible to manage the situation we all found ourselves in.

LS: I am dismayed at how divided we are as a country. It is mind-boggling that we can be given hard scientific facts: this is dangerous, get the shots, mask up, and social distance, simple. I will never understand how we let politics get mixed into a message about world health. As for world politics, I think humans are a species that will never get along.

How does your art react to society?

TN: I feel my practice is more reflective than reactive to what is happening around me. I work alone, fascinated at what can be found beneath the surface. Technological science shows us imagery few have the opportunity to see first-hand and this is what I engage with. Reinterpreting these images, I work with a simple colour palette which I find calming in this world of chaos. Fragility is a constant that runs throughout my work, beginning with my chosen medium of glass. Delicate, thin layers and intertwining strands reflect, as we have seen in the last eighteen months, how fragile the world around us really is.

LS: In my series HERbarium-HER Choice, I incorporate flowers that have been used to induce abortion since ancient times. This is in response to the current laws limiting a woman’s right to choose. I have also incorporated string in each image as a metaphor for our loss of freedom. 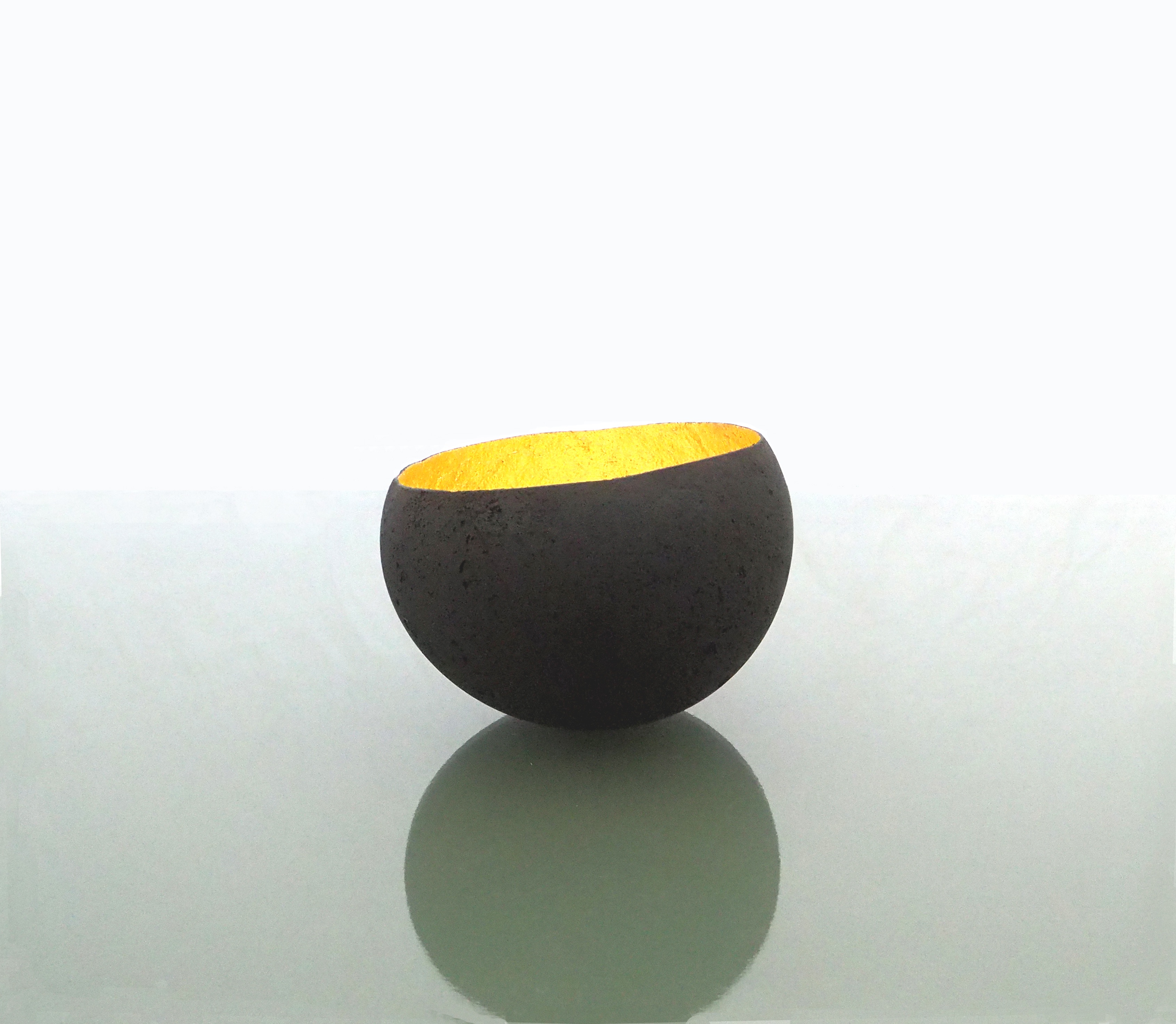 How do historical/cultural associations impact your work? For example, in this exhibition, one of the artists, we’re showing glass works by Tracy Nicholls. In the context of the exhibition, some can be reminiscent of a witch’s cauldron, but also of the gold light that beams out of the suitcase in Pulp Fiction.

LS: My art is all about historical and cultural associations. I explore female identity in a male-centric society by way of the nineteenth century. The nineteenth century was an era that brought the Industrial Revolution, scientific discoveries, Darwinism, the invention of the photograph. Because of Darwinism, women were thought to be inferior to men. Men and women lived in separate “spheres”. This delineation of gender roles in society created the beginning of the Women’s Suffrage Movement. All of my work tells a story. In making these stories I might add or subtract areas of the image, I often use color as a reference to gender, or incorporate shapes, text, or symbolism inspired by traditional 19th-century paintings, as well as historical facts. For example, botany plays a huge role in my images. Botany was one of the few pastimes that women were allowed to pursue outside of their role as wives and mothers. But the terms in which women we permitted to explore botany were dictated by men. A woman’s exploration had to be an affirmation of the wonders of God and not as a scientific study, which was a man’s domain.

TN: It is interesting to see how others interpret my work as you have done and I never would have thought of the Pulp Fiction association.

The Diffusion pieces can be seen to be reminiscent of old witches potions, the mixtures obscured through coloured glass bottles. Today a modern day version of these potions is making a comeback as coloured glass bottles are the chosen containers for the on-trend chemical free cleaning and beauty products that can be easily made. Essential oils are mixed for health and meditation all of which would have once been considered witchcraft and later something only hippies would do.

Given last year, and this year with the same struggles still plaguing so many, how does your art address that?

LS: During the pandemic, I was inspired to begin another series titled: Home-Alone, which was very different from my usual work. It was about what Home represented in the past, security, and neighborhood, and how the meaning of Home changed to one of isolation, and alienation during the lockdown.

TN: My work does not address this last year in particular but it was during the lockdowns that I developed the Glow series, originally with a copper leaf inside. As I would walk past them I was always struck by how vivid the glow was, it was like they were lit from within. Hope has long been associated with a glowing light, even more since the painting Lady with Lamp (Glow of Hope) by S.L. Haldankar in 1945/46 and seems fitting at the moment when we could all use a little hope. 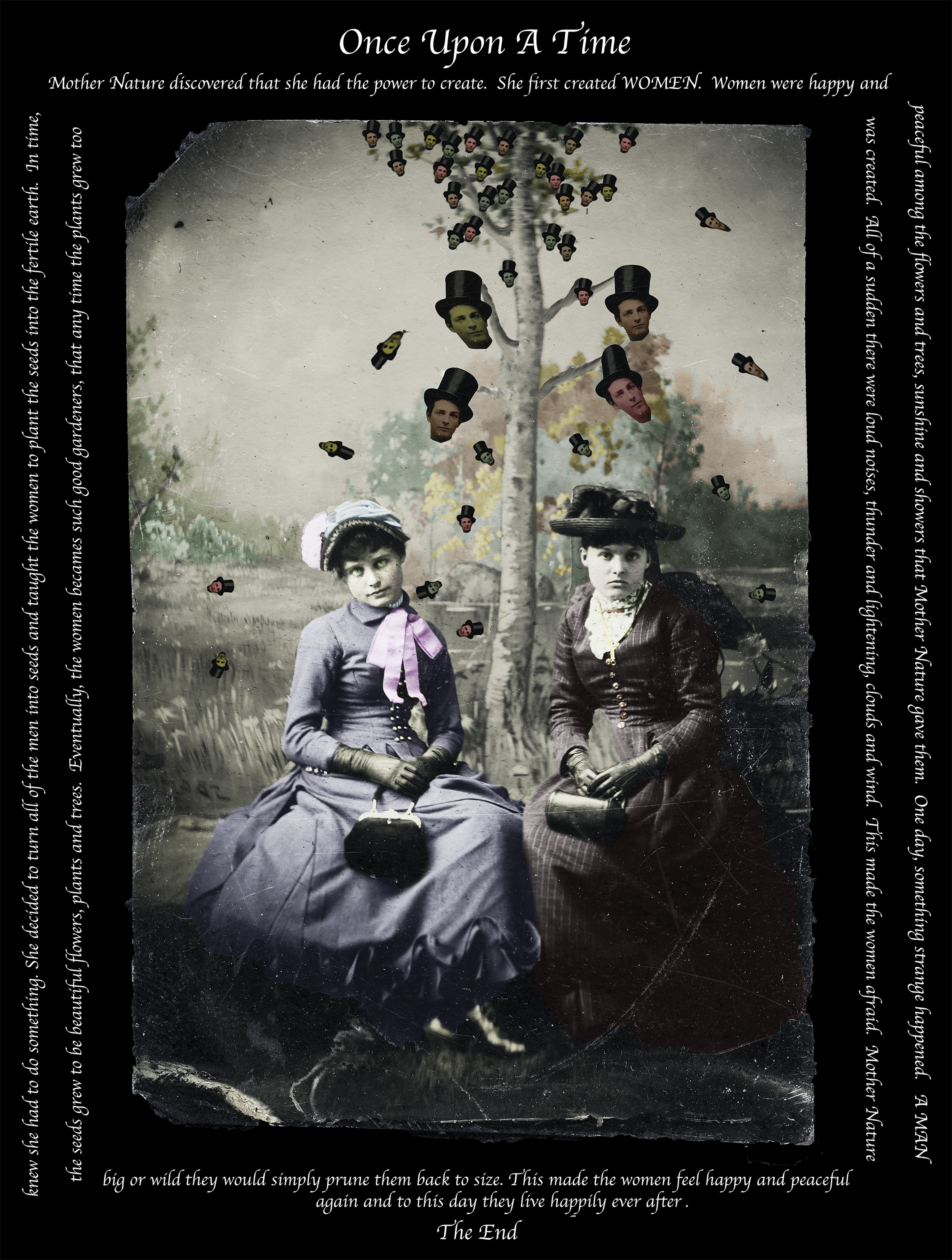 What role do you think art plays in our societies?

LS: Art can represent so many things to so many people. It can inspire beauty, joy, sadness, and horrors. It tells stories, creates fantasies, illusions… Art touches everything in our lives. In my art, I aspire to do all of the above.

TN: The abundance of art now online gives the opportunity to see what was once only available in museums and galleries. All disciplines are now accessible to a greater audience and can engage and educate in both obvious and subliminal ways, drawing the audience into a dialogue with which to encourage understanding and appreciation and bring people together to share an experience.

It is a place of escape. As an artist, I can work though and express thoughts and ideas that cannot be verbalised, a time for contemplation and to be in control of something when everything around us is so out of control.

As a viewer it can also be an escape from the everyday. Lockdowns made us stay in our homes and art has helped make them enjoyable spaces to spend prolonged time in. Finding art is a way to express ourselves and has been invaluable throughout these last eighteen months.