Miami, Florida is home to nearly two million people of Latin American origin and descent, coalescing into a cool 71 percent of the population with a real feel of 100. It’s a sensorial survey of the thirty or so cultures that make up Latin America and the Caribbean in a single city, a treasury of food, music, dialects, tradition, and experimentation that is both alluring and comforting in one fell swoop. The frequency with which one has to switch from English to Spanish in particular, whichever way one may speak it—from “un poquito” to an entire conversation about the politics of one’s home country with an Uber driver—is too recurrent to quantify. Latin American culture is omnipresent in the minutia of Miami, a facet of the local culture that bubbles up on every corner of every district, regardless of whether or not it bears an honorific moniker such as the famous “Little Havana” in the City of Miami. Either one identifies as Hispanic, or they’ve got a friend who is Hispanic, or their boss isn’t Hispanic but married someone who is; everyone in someone’s social circle may even be Hispanic, at least a defined “half.”

What is most striking, however, is the visual language of Miami. Although one could use this to refer to the racial and ethnic mixes of its populace, the city itself is its own living, breathing art installation. Scorching sunny days are punctuated by the architecture around the city, colorful and loving odes to the regions from which its residents hail. Houses, parks, skyscrapers, and hotels display an array of colors and styles, some even featuring works by notable artists; from the highway, one can see a Romero Britto piece splayed upon an apartment building, a bold welcome to Midtown. Districts such as Wynwood, a historically Puerto Rican neighborhood, are covered in murals and street art touching upon themes of identity, strife “back home,” and figures such as Cuban poet Jose Martí. Such is the vibrancy of Latin American-influenced visual culture in the Magic City that in 2002, international art industry giant, Art Basel, staged a now- annual iteration of their fair on Miami Beach. Among other local fairs, the event is a fixture of Miami’s Art Week, which is hosted during the first week of December.

The Latin American art market, fraught on account of politics and language barriers as it may be, is best accessible in Miami. From an industry perspective, forsaking voices and visions from the Southern Hemisphere is a devastating and lost opportunity, a detail that enriches the approach of Miami’s gallerists and artists alike. Of course, art, as a manifestation of the human imagination, exists everywhere, and as access amplifies courtesy of the digital realm, Miami is only growing as a lifeline for creatives seeking growth.

Founded by Melanie Prapopoulos in 2020, just as the COVID-19 pandemic began accelerating, The Contemporary Art Modern Project is a gallery and platform working with emerging and mid-career artists seeking to engage and develop relationships with collectors, audiences, and their own creativity in a way that celebrates their craft. Based in Miami with a new location set to open in Westport, Connecticut, The CAMP is committed to a reactionary and interdisciplinary approach to curation that not only aims to disrupt the exploitative norms of the art industry, but honor the intentionality of art. The gallery’s values were born out of Prapopoulos’ experiences in Greece and in Miami as an English professor and artist, where her observations left her with a desire to open access to the art industry and create a community of creativity that is as organic as it is integrated with admirers of its roster. While The CAMP’s artists are globally sourced, it is its engagement with Latin American artists that has received acclaim in Miami.

The CAMP is recognized for working with artists such as Argentine mixed media artist Rosana Machado Rodriguez and New York-based Franck de las Mercedes. Machado Rodriguez integrates embroidery and photography to create works that spotlight friction, be it between partners or within oneself. Her works are a display of vulnerability and interrogation that embody the push-and-pull between society and identity with piercing honesty and relentless humanity. De las Mercedes, best known for his Peace Boxes project, is a Nicaraguan artist whose body of work explores the sociopolitical and emotional landscapes of his life; bold, jagged, and intensely abstracted observations kept in his pocket and carefully added to pieces that are as deeply personal as they are emotional. Their relationships with The CAMP have only cemented the gallery’s approach to featuring Latin American voices. Their 2021 exhibitions in May and June feature works from Mexican visual artist Khotan and Argentine textile artist Silvia Yapur, respectively. 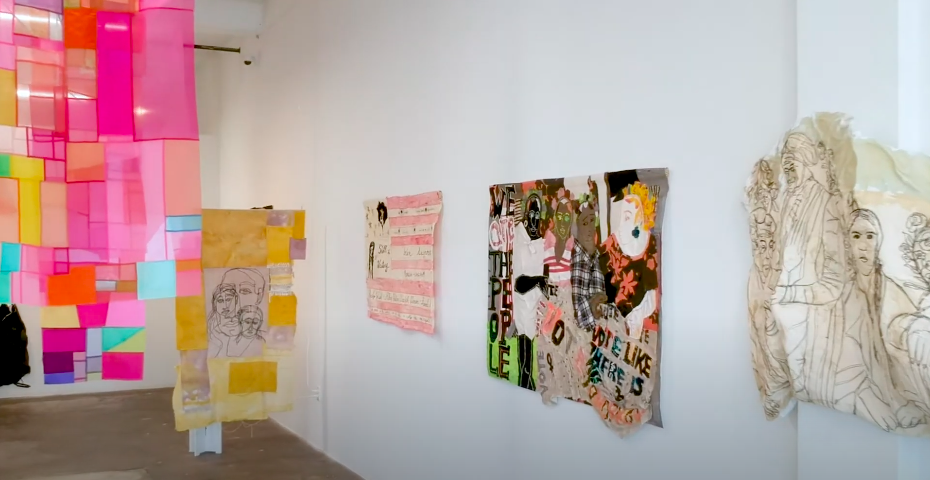 In October of 2020, The CAMP collaborated with Fiber Artists Miami Association (FAMA), a textile collective founded by Cuban artists Aurora Molina and Alina Rodriguez Rojo and Uruguayan artist Evelyn Politzer, for a multicultural celebration of the centennial of women’s right to vote in the United States. 40 Women Pulling at the Threads of Social Discourse explored of the intersections of femininity and political action, boasting forty textile pieces from FAMA’s members that were as biting as they were delicate and inclusive. They were also markedly Latin American, with works from artists of Venezuelan, Dominican, Argentine, Cuban, and Brasilian origin, among others. A sister exhibition, Feminism from South to North, which featured a piece by Rosana Machado Rodriguez, was hosted in the gallery the following month, exclusively featuring works from artists based in Argentina and Miami, surveying the impact of social conditioning and legislation on the feminine experience in South America. The CAMP and FAMA will be collaborating again for a third-annual installment of Women Pulling at the Threads from Social Discourse, in the Miami gallery in October 2021. 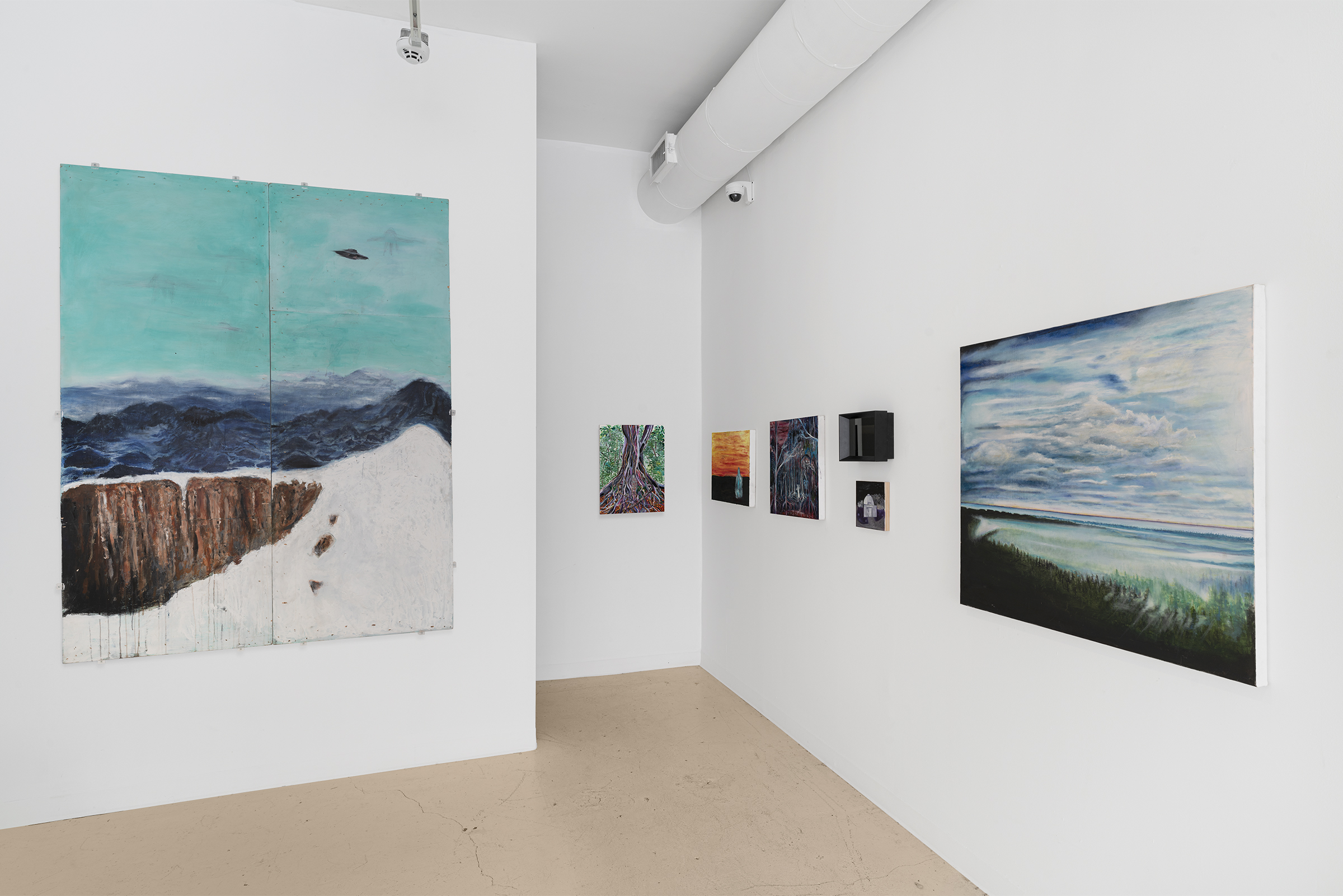 For more information on The Contemporary Art Modern Project, please visit http:// thecampgallery.com or follow them on Instagram @thecampgallery.